Chris' work has been fantastic for our business. He has the ability to quickly grasp what you need to deliver better services and products. He is innovative and at the same time very thorough in his approach. Thanks so much Chris for all your valuable time and advice

Putney Breeze developed Smartech’s “Sales Quote System”. The application is hosted on our server with FileMaker Server 15 software and is used by our administrative staff for monitoring and reporting on inbound inquiries, quote status of leads and invoice status of our projects in progress. The data is linked to customer details and history. Putney Breeze is a pleasure to work with and I would recommend Chris’s work to other people.

Tools N All is an innovative on site supplier of manufacturing and construction tools and specialist equipment. Efficient and effective utilisation of delivery vehicles and inventory management is central to Tools N All’s operations. Putney Breeze developed Tools N All’s “Mobile Invoicing and Despatch System”. The application is hosted by FileMaker Server 15 and is used on our mobile devices for creating and despatching orders, obtaining POD signatures, invoicing, monitoring inventory and reorder levels. Importantly the system automatically calculates gross margin by product by customer by month by year. Our invoicing history is linked to customer information and product sales history. We also can access an automated a top 20 customer by date report for any date range. Chris is a very positive and encouraging person who is a pleasure to work with and would recommend him to others without hesitation.

Planning for Great Views – It all starts with a Plan 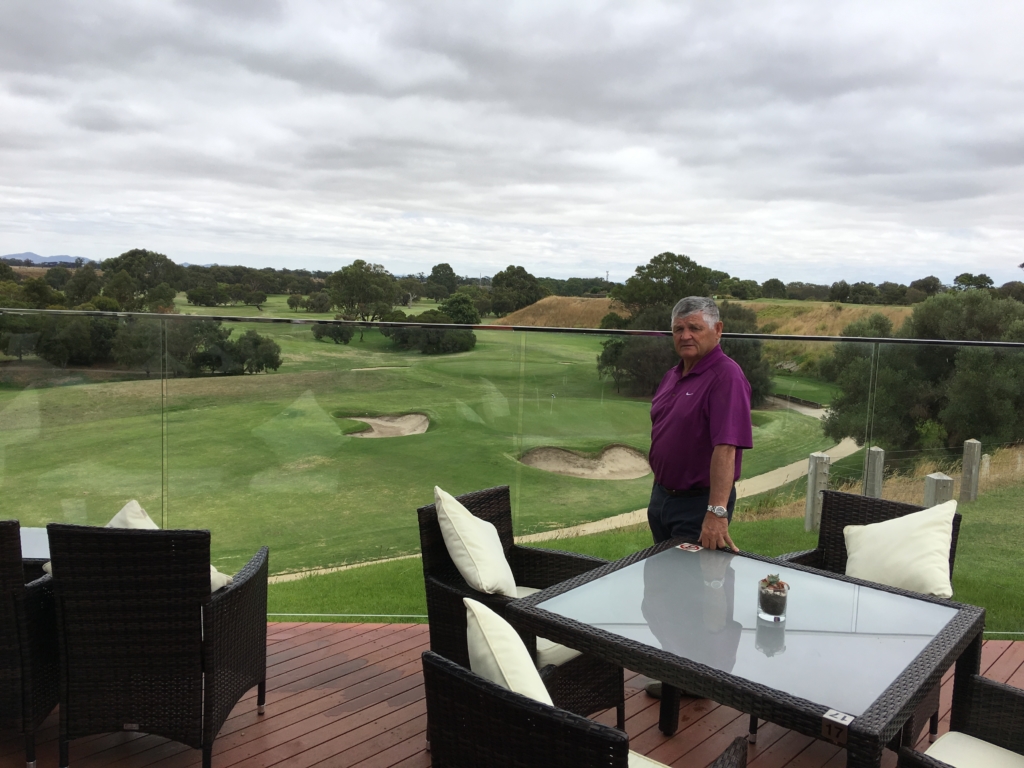 Golf is a beautiful game. One thing the game teaches you is that you need to understand what is coming ahead but to get ahead, you need to be focused on the present, the next shot.

Werribee Park Golf Club holds special memories myself. I’ve played many rounds over the years but none more sombre than a round on a cold, rainy and windy winters afternoon in 2004. My brother and I were probably the only people on the course. There were few words spoken during that round, we had just spent the morning visiting our terminally ill father at the Western General Hospital, he only had a few days left on this earth and there was nothing anybody could do. The game of golf that afternoon was like a pair of brothers reliving their childhood in silence, competing on a sporting field while their sporting nut father watched on, well in spirit anyway. One thing is for sure, a walk with friends is a great way to escape the stresses of a day, particularly for the social golfer.

A decade later the Werribee Park Golf Club President, Bill Kennedy approached Putney Breeze to conduct a Strategic Review. Bill struck me as a man with purpose. He had a deep conviction to help the club in what is challenging times for the golfing industry. The club wanted to explore its options, particularly with the under-utilised club house in mind. The club had been approached with a business proposal and was looking for advice.

The golfing industry as a whole was facing head winds. The general public was becoming ever more time poor, the average age of members was growing, the competition for kids in sport is fierce. However, Werribee Park Golf Club had some amazing assets; A club house with a tremendous view, the course located in a tourism precinct, and geographically placed in one of the fastest growing municipalities in Australia, City of Wyndham.

The Strategic Review identified how the club delivered value to its patrons, analysed its financial performance, assessed internal and external factors and concluded with 3 core recommendations. The recommendations formed strategic initiatives. Included in the review was an assessment of the business proposal and guidance on how a successful venture may develop.

To the credit of the Werribee Park Golf Club’s committee lead by President Bill Kennedy, the club took the review as a working document and have since successfully executed a plan.

The Views from the Golf Club

Werribee Golf Club today has transformed the once underutilised clubhouse in to what is now a thriving Functions Bar and Gill called appropriately “The Views”. Membership and Green Fees grew by approximately 15-20% last year. Werribee Park Golf Club is fast becoming one of the jewels in the Werribee South Tourism Precinct. A great success story for the golfing industry in Victoria.

Action without a planned destination is itself plan for failure. Werribee Park Golf Club defined their medium-term goals and executed a plan to turn their vision into reality.

How have you planned to make your goals a reality in 2017?

The mission of Putney Breeze business advisors is; “To deliver business performance expertise to organisations, providing a competitive edge in tough business environments”. Putney Breeze prides itself on client outcomes. To deliver the mission, Putney Breeze focuses on knowledge transfer and equipping business owners or managers with the skills and tools to improve the profits and increase the cash position of their businesses

Putney Breeze aims to be the “partner of choice” for businesses. The vision for Putney Breeze is to be “A world leading business performance advisory firm”
.

Chris' work has been fantastic for our business. He has the ability to quickly grasp what you need to deliver better services and products. He is innovative and at the same time very thorough in his approach. Thanks so much Chris for all your valuable time and advice

The GYB experience provided by Chris was a journey that improved as it continued. Chris did not impose prescribed solutions, but rather took us on a journey that demonstrated how we could better realise the potential of the Helen's Kitchen Favourites business. The end result was a more rounded understanding of developing the business, and a practical set of 'tools' that allow specific and practical actions to be pursued toward desired goals. Thanks Chris.